Thank you for Subscribing to Life Science Review Weekly Brief

Immunotherapy: shaping a new era of...

Understanding the Importance of Building...

Cellular Therapy: The next crossroad in...

The Role Of Patient Reported Outcomes To...

Immunotherapy: shaping a new era of...

Understanding the Importance of Building...

Cellular Therapy: The next crossroad in...

The Role Of Patient Reported Outcomes To... 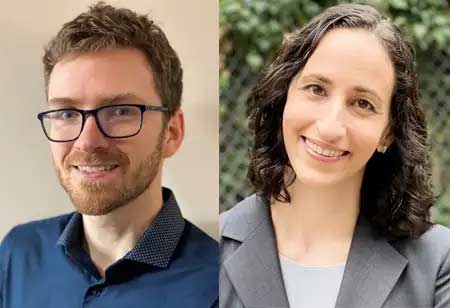 Immunotherapy in Lung Cancer: building towards a patient-tailored future

Immunotherapy is a field of medicine that uses treatments designed to modify the body’s own immune system so it can better fight cancer, infections, or other diseases, and remove damaged cells or cells that are not behaving correctly.

Immune checkpoint inhibitors (ICIs) are a class of immunotherapy that target and block cell surface proteins that prevent the immune system from acting against cancer cells. Blocking these proteins allows a person’s immune system to activate and fight cancer cells. In the field of cancer, several cellular pathways are currently targeted and inhibited by ICIs: most notably, the PD-1 pathway, through both the PD-1 receptor and PD-L1 receptor-binding protein, and the CTLA-4 pathway through the CTLA-4 receptor.

The first ICI approved in lung cancer was an antibody inhibiting the PD-1 receptor. It was FDA-approved in 2015, initially as second-line therapy for late-stage on-small-cell lung cancer (NSCLC). Since then, five additional lung cancer ICIs have been approved.

While the introduction of ICIs has revolutionized the treatment of lung cancer and increased patient survival times, ICIs do not work equally well in all patients, for reasons that are still being investigated. In addition, some patients have better outcomes with therapies targeted to specific cancer-related genetic mutations (e.g., EGFR, ALK). Today, ICIs have become the standard of care for patients with NSCLC who do not have specific gene mutations and are used as the first treatment option from early to late-stage disease.

There is a promising pipeline of immunotherapy-based treatments

Novel therapies as well as novel combinations of existing therapies represent two main areas of focus in the field of immunotherapy for lung cancer.

The development of completely new treatment types through to regulatory approval can be a slow process. As such, there is also interest in determining whether it is possible to help a greater proportion of patients benefit from established therapies, such as ICIs, by using them in combination with different agents (e.g., a second ICI, chemotherapies, chemoradiotherapy). Several of these combinations are already approved for patients with lung cancer.

New tools will be required in the era of precision medicine

The high rate at which new immunotherapies are being developed, and the resultant expansion of available treatment options, will further advance “precision medicine” where treatment is tailored according to specific characteristics of an individual patients’ cancer cells.

Biomarkers are specific molecules or genes (often associated with cancer cells) that can help identify which patients are more likely to benefit from particular therapies. In lung cancer, eight genes have so far been included in FDA approvals for targeted therapies, with the presence or absence of specific mutations in these genes used to determine whether patients should receive a given targeted therapy.

For ICIs targeting PD-1 or PD-L1, presence of the PD-L1 protein on cancer and/or immune cells is often used to determine whether patients should receive these treatments. However, although it is the best predictive marker currently in widespread use, a proportion of patients with high levels of PD-L1 do not respond to treatment with ICIs. In addition, there is a need for appropriate tools to identify which patients are likely to benefit from novel immunotherapies and immunotherapy-based combination treatments. These factors have driven research into a new generation of biomarkers for immunotherapies, including markers that detect the number of genetic mutations in the tumor cells, ones that identify tumor DNA levels in the bloodstream, and individual gene mutation biomarkers.

While recent developments in this area have been promising, further work is urgently needed to rapidly expand the range of predictive biomarkers available for clinical use with immunotherapies. New and improved markers, used alongside existing tools such as PD-L1 testing, could increasingly enable doctors to develop tailored treatment plans which are better suited to individual patients and thereby increase their chance of survival.

New biomarkers should be integrated with existing technologies

As recent history with targeted therapies has shown, the emergence of new biomarker-based treatment approaches does not guarantee immediate uptake in clinical practice. The incorporation of new biomarkers into routine decision-making has been gradual and inconsistent.

"Globally, one of the biggest barriers to current testing requirements is cost. To ensure that new immunotherapies are integrated into routine clinical practice as quickly as possible, it will not be enough to simply generate positive data"

Globally, one of the biggest barriers to current testing requirements is cost. To ensure that new immunotherapies are integrated into routine clinical practice as quickly as possible, it will not be enough to simply generate positive data. To take advantage of new treatment options, additional efforts will be needed to reduce the cost of testing and provide guidance on how to make it easy for hospitals to add new biomarker tests to their existing testing processes.

Lung cancer remains the leading cause of cancer death in the US. Furthermore, only a small proportion of high-risk individuals are screened for lung cancer relative to other cancer types; if every eligible patient was screened, the number of lung cancer deaths prevented would likely be greater than the total number of deaths from breast cancer. As a result, many patients present with later-stage disease and, despite recent advances, there remains a need for further treatment options and a better understanding of which patients should receive different therapies. Through continued development of new immunotherapies and associated biomarkers, alongside efforts to better integrate these novel technologies into clinical practice, we can progress towards a new era of increasingly personalized medicine in lung cancer. This represents a golden opportunity to bring about a fundamental change in the length and quality of life that is possible for patients.

If Data Is "The New Oil," How Should Enterprises Protect These Assets?

Could A Syndromic Diagnosis Overcome Challenges Faced By Antimicrobial Stewardship Programs During The Covid-19 Pandemic?

However, if you would like to share the information in this article, you may use the link below: